It is critical to obtain and maintain the proper security clearance to begin or continue working in a sensitive position. Problems such as overdue or excessive debt, arrests for driving under the influence, failing to be completely truthful in filling out the security application, dual citizenship, drug and alcohol issues, psychological problems, foreign contacts, misuse of information technology, and having relatives in foreign countries can keep an individual from obtaining a clearance. The government can also collect information from your public social media and use it as part of their security determination process. Which is why you should consult an experienced security clearance attorney!

The broad implications of homeland/national security laws, regulations, and policies increasingly require companies to have a detailed understanding of the relevant rules, practices and an awareness of the political dynamics in these areas. Likewise, compliance with these laws and the implementation of industry best practices in support of these programs may protect and enhance your business programs and opportunities. Long Law Firm is well-versed in National and Homeland Security issues, including insider threat programs, cybersecurity, critical infrastructure protection, privacy and data protection, compliance and national security and law enforcement investigations and intelligence/information collection. 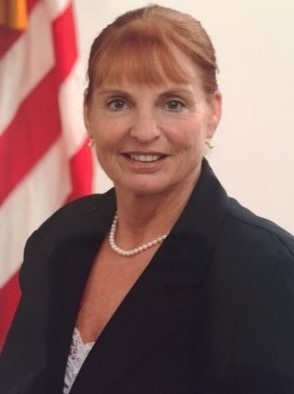 Patricia A. Long is a military veteran and attorney with more than 25 years of national and homeland security experience. As a senior national security official and attorney in the federal government she held the highest-level security clearance and was instrumental in drafting relevant laws and policies as well as implementing government-wide programs on insider threat, critical infrastructure protection, cybersecurity, privacy, data protection, law enforcement and administrative national security investigations, sanctions, counterterrorism, non-proliferation and intelligence/counterintelligence programs. Patricia was actively engaged in the development and implementation of federal compliance on these programs and regulations, policy and procedures for personnel security, suitability and national security positions. Assigned to Washington, DC., Patricia worked extensively with the White House and interagency to include the Intelligence Community, DoD, DHS, DOJ, OPM, EPA, Education, Commerce, the military services and other agencies and organizations including the private sector. During her career she served in the Senior Executive Service (SES) and was the Deputy Assistant Secretary for Security, Intelligence and Counterintelligence at the Department of Health and Human Services; Senior National Security Counsel at the Treasury Department; Deputy Chief Counsel at the FBI Terrorist Screening Center; Counsel at the Office of the Director of National Intelligence, PM-ISE; and Counsel to the Director of Intelligence at the Department of Energy. Patricia also spent several years as a Legal Advisor at the NATO Headquarters of the Supreme Allied Commander, Atlantic (redesigned Headquarters, Allied Command Transformation); instructor at the NATO School Oberammergau and other international forums on Host Nation Support, CBRN and Status of Forces (SOFA). Her other assignments include Legal Honors Intern at the DoD Office of the General Counsel and at the State Department’s Bureau of Counterterrorism. Prior to these roles, she served in the U.S. Army. Patricia earned her Master of Laws (LL.M) degree cum laude with a focus on International and National Security Law from Georgetown Law Center; and her Juris Doctor (J.D.) cum laude, from Regent University School of Law, where she was Executive Editor of the Law Review

The North Atlantic Treaty Organization: The Legal Status of An Allied Headquarters to Import and Re-Sell Duty-Free Merchandise within the Conflicts of Law Hierarchy.

In the name of God: Religious Terrorism in the Millennium – An analysis of Holy Terror, Government Resources, and the Cooperative Efforts of a Nation to Restrain its Global Impact.